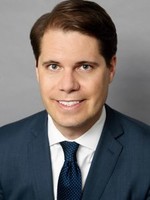 Kyle Detwiler has served as the Chairman of our board of directors since December 2020 and has served as the Chief Executive Officer of Clever Leaves (and its predecessor company) since August 2017. In 2015, Mr. Detwiler co-founded Silver Swan Capital, an investment firm focused on niche and underfollowed sectors. From 2012 to 2015, he served as a Principal at The Blackstone Group Inc., a leading alternative investment manager with $564 billion in assets under management. As an early member of the Tactical Opportunities Fund, Mr. Detwiler was involved in the management and served as a board member of seven investments or portfolio companies. From 2007 to 2009, Mr. Detwiler was a member of the private equity practice at KKR & Co. Inc., focusing on transactions in the oil and gas, energy, natural resource and health care sectors. Mr. Detwiler began his career as an investment banker at Morgan Stanley where he worked from 2005 to 2007. Mr. Detwiler served on the boards of directors of Lift & Co. from 2017 and 2018, and Colson Capital Corp. since 2017. Mr. Detwiler earned his Master of Business Administration with distinction from Harvard Business School and his Bachelor of Arts, cum laude, in economics from Princeton University. 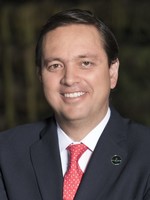 Andres Fajardo has served as a Director of our board of directors since December 2020 and has served as President since 2019. Mr. Fajardo has also served in various roles including Chief Executive Officer of Clever Leaves Colombia in 2019 and Chairman in 2018, after helping establish the Clever Leaves business in 2016. Prior to Clever Leaves, from 2016 to 2018, Mr. Fajardo was a Founding Partner of Mojo Ventures, a venture capital incubator in Colombia. Mr. Fajardo has more than 20 years of management experience, having served as CEO of IQ Outsourcing, a leading Colombian business processing outsourcing firm from 2010 to 2015, and previously a principal member at Booz & Company from 2000 to 2010. Mr. Fajardo also served on the boards of directors and advisory boards of a number of private companies from 2012 through 2020. Mr. Fajardo obtained a Master of Business Administration from Harvard Business School and graduated from Los Andes University in Colombia with honors in Bachelor of Science in Industrial Engineering and Bachelor of Science in Economics. 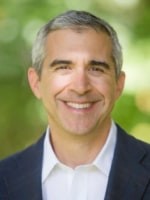 Gary Julien has served as Independent Director of our board of directors since December 2020. Gary is also Managing Director at Schultze Asset Management since November 2017 and previously led and supported M&A initiatives on behalf of entities controlled by Mario J. Gabelli, Chairman, and CEO of GAMCO Investors, Inc.. From November 2009 through 2014, Gary was Senior Vice President at Bronson Point Management, an investment management firm, where he originated, oversaw and analyzed public market investments helping to the firm grow from approximately $70 million in AUM at launch in 2010 to $1.9 billion in 2014. From 2007 through 2009, Gary led and supported M&A and corporate finance initiatives for the investment firm Kanders & Company, Inc. and its affiliates including as Vice President, Corporate Development of Kanders & Company, Clarus Corp. and Highlands Acquisition Corp. From 2003 through 2006, Gary was Vice President, Corporate Development for Armor Holdings, an aerospace and defense company and portfolio company of Kanders & Company, where he oversaw mergers, acquisitions and divestitures for the company, executing 15 transactions during this period and investing approximately $1.2 billion. During this period of time, Armor Holdings’ revenue grew from $305 million to $2.4 billion prior to its sale to BAE Systems plc in July, 2007 for $4.5 billion. Gary previously worked at Global Crossing Ltd. where he led and supported several M&A, joint ventures and minority investments. Gary received an M.B.A. with honors from Columbia Business School and a B.S. from the Newhouse School of Communications at Syracuse University. 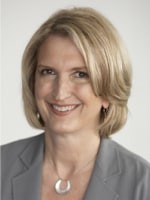 Elisabeth DeMarse has served as Independent Director of our board of directors since December 2020. Ms. DeMarse has been an independent director of Kubient Inc. (NASDAQ: KBNT) since January 2020. She served as Non-Executive Chairman of Nedsense (AMS: NEDSE) from 2015 to 2016 and as an independent director of AppNexus Inc. from 2014 to 2018. Ms. DeMarse has been a limited partner at Tritium Partners, a private equity fund, since 2013, and a limited partner of Kimbark LLC, a family limited partnership, since 2002. From 2012 to 2016, Ms. DeMarse served as President, Chief Executive Officer and Chairman of TheStreet, Inc. (NASDAQ: TST). From 2010 to 2012, she served as Chief Executive Officer of Newser, an award winning news digest and aggregation website. Ms. DeMarse was the founder and CEO of CreditCards.com from 2006 to 2010 and the CEO of Bankrate from 2000 to 2004. Prior to that, she was an Executive Vice President of Hoover’s, Inc. a company information site and database, that completed its IPO in 1999. Ms. DeMarse spent a decade as Chief Marketing Officer for Bloomberg LP working directly for the founder, Michael Bloomberg, where she was instrumental in the formation of several media properties. A member of The Committee of 200, Ms. DeMarse has a MBA degree from Harvard Business School and a Bachelor of Arts in History from Wellesley College, where she was a Wellesley Scholar.